Guitarist and songwriter Jason Fickel creates music that connects the heart and soul of the blues with country music’s wry chronicles of loss and longing. Apprenticing with legendary bluesmen in Mississippi, cutting his songwriting teeth in the clubs of Chicago, he has forged a career as an engaging storyteller and skilled performer. 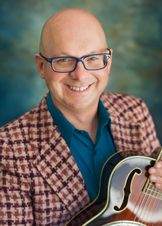 Fickel was born in Kansas and raised in western Colorado, the son of farmers and avid storytellers. “My family had a lot of country raconteurs, so when I started writing songs I tapped into that deep well,” Fickel recalls. He has drawn on his family’s trove of tales over the years, weaving them into his songs.

He picked up the guitar at 10, longing to play the country and pop tunes he heard on TV and radio. Then one day, a guitar teacher slipped him “One Way Out” by Sonny Boy Williamson. “I was bitten by the blues bug,” says Fickel.

To scratch that itch, Fickel decided to head to Mississippi for college. There he discovered a whole scene of fellow blues fanatics, playing at picnics, juke joints and jam sessions. 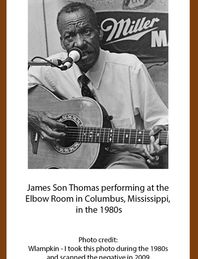 To deepen his understanding, he apprenticed with bluesmen James “Son" Thomas, Walter Liniger, and Othar Turner, learning blues guitar and the blues trade from the masters. Within two years, he was playing professionally, opening shows for his Mississippi mentors as well as national acts including John Hammond. Next Fickel headed north, first to Rhode Island, where he played coffeehouses and biker bars, and then on to Chicago, where he honed his songwriting craft.

Now based in Indiana, Fickel continues to tour, give lessons and workshops (focusing on Mississippi slide guitar), and write and record original music, solo and as part of the duo Jason & Ginger. Together, they were semi-finalists at the 2011 International Blues Challenge. 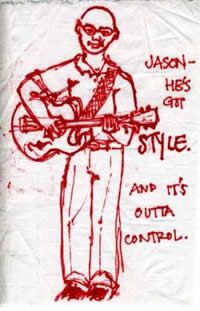 “Music is a vocation for me,” muses Fickel. “I just can’t set it aside.”